View all maps of San Jacinto 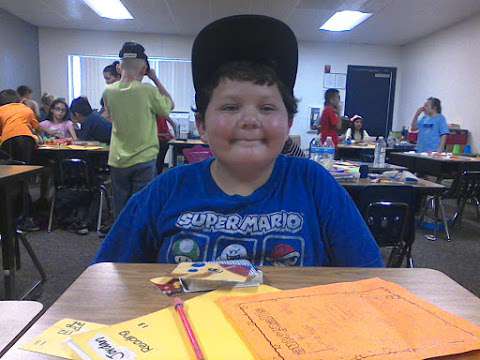 ★
I was told Deanza was a closed campus and therefor couldn't observe my sons classroom without being a volunteer (working for them for free). My son is non verbal, special needs, in kindergarten. When calling the front desk with concerns and requests to speak w school admins, I was met w laughter and mocks by Yolanda Sivils, outright denying me communication w principle and vice principle, unless I went through her directly. Being that I went a week w no response from admins regarding messages I left previously, I pushed to personally leave a voicemail w vice principle. Yolanda was the rudest, most insensitve school employee I've ever dealt with, and was hung up on when repeatedly asking to speak w admins instead of speaking through her, Yolanda. I immediately returned to the school in person, again requesting to speak w admins but was told I had to go through Yolanda Sivils again. Completely on the verge of tears, I told the office staff I would sit in the lobby till the admins were available. Before I even reached the chair, the VP greeted me, mind you she'd been in close proximity the entire time, hearing staff members tell me she was unavailable (but at the time I did not know her face). I spoke w VP privately, explaining numerous issues. She apologized for the MISCOMMUNICATION, never taking fault or showing disapproval for Yolanda's actions. I called district and filed a complaint and plan on taking my son to another school/district. If they treat parents disgustingly, how are they treating our kids? If I'm leaving my son w you but can't reach you, have to call the office five times before an answer, get denied communication w admins and the right to observe my sons classroom environment, then as a school, you are unfit. The VP did give me permission to see my son, days in advance, for which I will attend two days from now. My sons teacher seems great, but the direct contact I had w Yolanda has caused me to feel uneasy and nervous about my son attending this facility. I was told no by a secretary (Yolanda) when VP granted me permission not an hour later. It's all about who you speak to and the mood they might happen to be in. Completely distraught by this schools actions, remarks and level of professionalism. My uncle, who recorded this entire ordeal, was amazed by how much I kept my cool, given the circumstances. Definitely wished there was a review forewarning me before I enrolled my son, so here you go for all you moms who actually care about their kids progress.
August 8, 2022 3:37 PM, Christy Dickens

You can always call De Anza Elementary School and specify the opening hours, the exact address, as well as find out any information by calling +1 951-654-4777.

If it is easier for you to find out more about De Anza Elementary School on the Internet then we recommend that you visit the site daes.sanjacinto.k12.ca.us.

The last photos of San Jacinto